When I was 22 years old I remember living in a two bedroom apartment thinking there had to be a better way to make an income than what I was currently doing.

At that time, I was working as an auto technician repairing cars with issues from engine and transmission problems to a simple brake job. While this job provided an okay income to live, I quickly realized that I could not and did not want to do this job for the rest of my life.

It required heavy lifting and a lot of strength, at times, to maneuver engines and transmissions. The pores of my hands were always covered in grease, that would not come out with washing, and almost always having at least one knuckle buster from a wrench slipping on a nut and smashing my knuckles into metal.

Fast forward to my life now, I’m grateful for this experience because it taught me how to be resourceful and figure out how to fix problems. This is a key element in making money no matter what you do. You have to be good at being able to look at a problem and figure out a solution to fix it.

As I watched all my fellow technicians make these payments, I remember thinking I’m in the wrong field of work. I started asking questions about becoming a Snap-On dealer and it turned out that the dealer I was making payments to was trying to get a second truck going.

I saw this as a way out of fixing cars and way to start getting experience in running a business for someone else. He hired me and I was no longer a mechanic and now a salesman. I learned how to sell, collect weekly payments when someone didn’t want to pay, and more importantly how to talk with people and build relationships.

After doing this for a while I realized that I wanted to start my own tool truck business. I contacted one of the competing companies and asked what it would take to start running a truck from them. Three months later I found myself running a Matco Tools truck and owning my own franchise. I knew very little about franchises but wanted to be doing my own thing.

After running the business for a few years I started to realize its limitations because of the rules the franchisor puts on the franchisees. I found myself hitting limits to how much I could make because of the control the tool company had put in my franchise agreement. I could only have an area that covered about 500 mechanics. Sales route sizes were limited to the area of these 500 mechanics.

I had no way to grow unless I wanted to buy a second franchise and start running a second truck, like I used to run for the other dealer. When I ran a second truck, I saw many franchise owners have their second truck guys quit all the time as they would often go off and get their own route, just as I did. It was a revolving door, that never seemed to end, so I knew a second truck was not for me.

I was on the hunt for something that could fix the problems I was seeing within the current business I owned. I looked at so many other franchises but they all wanted to control your growth potential in similar ways to the tool business.

In no way am I saying franchises are bad. For someone who wants a business model built and all set up, this is not a bad way to go. Just make sure you understand that you’re paying to own a small area that the franchisor has to offer.

While I was searching for something without these limits I dipped my toes into the health and life insurance business.

The insurance business requires that you have leads to close deals, so I started buying leads. I started asking a lot of questions to the companies I was buying leads from to understand how they were generating them. Some of the leads that I bought closed better than others. I wanted to learn why.

I started to ask my lead rep, who was generating these leads for them, and found out that it was website owners that wrote about insurance. They then would ask their website visitors if they would like an insurance quote. These leads were helping my business grow faster than any other lead type.

I start researching a lot about lead generation and how much these lead sellers would pay someone to generate quality leads from them. Each lead type would pay different amounts. Car insurance was paying $6 to $15 per lead. The payout would depend on if it was a single policy or if it could turn into multiple policies being bought. Life insurance leads were paying about $15 to $20 per lead.

I quickly realized the real money was in generating leads if one could figure out how to tap into this market. I started spending part of everyday studying the lead generation market to know everything there was to know about it.

During my daily studies I started to understand how leads were being generated. The first step was to create a website. I had a friend that was a JavaScript coder and knew a little about html. I quickly called him once I felt I had enough foundation to get started. This was before the time that website builders existed or were popular.

He agreed to help me on an hourly pay basis to create a site. I told him I wanted to be on his side during the hours that he created this site for me. He was hesitant but said okay.

For the next 5 weeks we spent just about every night together building this site. He probably could have built it faster had I not been there because I was asking a lot of questions. I learned a lot during those 5 weeks. Not only was I wanting to build a site, but more importantly, I was wanting to learn how to build a site. This was before the days of YouTube where you could learn just about anything. The amount of money I paid him was peanuts in comparison to where it has put me today.

We got the site built. It was a simple site with a form that someone could enter in their information to request a quote. It was not pretty, but it severed its purpose. At that time the best search engines were GoTo, AskJeeves, and Overture which powered Yahoo pay per click or PPC. Google didn’t even exist at this point in my journey.

When the site was completed I started off generating leads for myself or my own business. I would call the leads and try to help them with the insurance needs they had. I closed a lot of deals doing this. As time went on I started to generate more leads than what I could handle by myself. I realized that I could take care of about 5 to 10 quality leads a day and I was getting about 20 to 30. I decided to sell the ones that I could not get to.

My partnership with InsureMe was created. InsureMe was a company that bought leads like I was generating and resold the leads to insurance agents. I started passing of these quote requests to them so these leads would get helped. Over time I became one of their top lead generation suppliers.

I then started building content for so many other topics. Pay Per Click was starting to become a popular place for marketers to drive traffic. That started making the cost become too high for it to make sense to not figure out a cheaper way to drive traffic.

My studies started again in learning Search Engine Optimization or SEO. I became extremely good at SEO and ranking on the first page of Google, Yahoo, and MSN (now Bing) for terms like car insurance, car insurance quotes, life insurance, etc. I ranked for these terms and many more for years generating a crazy amount of leads and income.

After this went on for years, I had one of the lead buying companies approach me to buy my company. They figured it was cheaper to acquire us then to keep paying for each lead. I sold the business and pondered for a few years what to do next. I decided I wanted to spend more time with my three children than run a business so I did that. After a few years of doing that I found myself itching to do something else.

I decided to take on a lesser role by joining another company that focused on traditional affiliate marketing. I worked there for about 5 years and moved on to another company where I am the VP of Marketing and Engineering. Yes… during this time I also became a full stack developer building super intense automation scripts and tools to make a business run on autopilot. I’m currently still the VP of Marketing and Engineering and JorgensonCompamies in Salt Lake City, UT. I love working with the people there so I don’t see myself leaving anything soon.

I feel now is the time in my life to give back a little. I want to help those that have a desire to learn digital marketing, programming, or how to grow a business by 10X, do so. I plan to hold nothing back within this blog. I’m going to teach nothing but truth of what works and what doesn’t work from my 25 years of experience building digital brands and revenue.

I hope this place becomes a community where we all give more than we take by becoming a contributing member. If you find that you have the thought to leave a comment on a post that might help someone else, please do that. If you have expertise in a specific area of digital marketing, let's collaborate and share your experience with others on how to become successful online. I’m happy to accept guest posts that teach and help the community here.

I look forward to teaching you my real world experience as a digital marketer and hope it changes your life with new marketing skills that work in today's world. 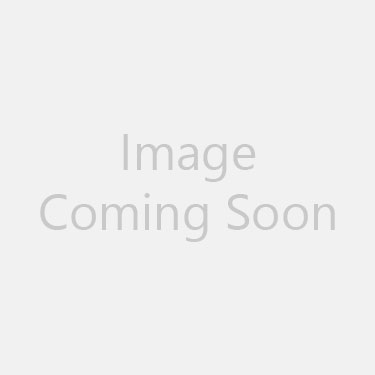 When I was 22 years old I remember living in a two bedroom apartment thinking there had to be a better way to make an income than what I was currently doing.

At that time, I was working as an auto technician repairing cars with issues from engine and transmission problems to a simple brake job. While this job provided an okay income...